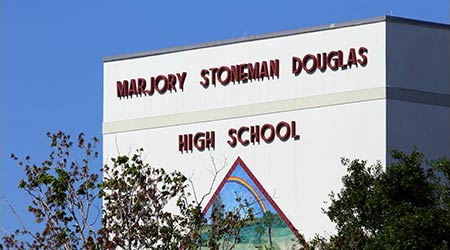 The study found consensus for arming school resource officers, but division over whether to arm teachers and nonteaching staff. The research has clear implications for policy, including the possibility that support for arming school staff may diminish over time as young people (who are less supportive) make up a larger share of voters.

"As communities and school districts adapt to living in an age of school shootings, school safety will remain a salient issue," according to Cheryl Lero Jonson, associate professor of criminal justice at Xavier University, who led the study. "And with decisions often made at the local level and influenced by the prevailing will of the community, public opinion will continue to play a role in this debate."

Most states permit school security officers (typically officers on assignment to schools from local police departments) to carry firearms, and at least 466 school districts in 19 states allow teachers or staff members to be armed. To examine public support for arming those who work in U.S. schools, researchers commissioned YouGov to launch a nationwide survey of 1,100 American adults in 2018. The demographic and political similarities between those who were surveyed and the U.S. population suggest that the study's findings are generalizable to American adults, the researchers say.

Respondents were asked to indicate how much they supported nine policies related to arming people in schools as a response to school shootings. Among the school personnel, the survey asked about teachers, nonteaching staff (e.g., custodians, coaches, administrators), and school resource officers. The survey also asked the respondents about their political views, moral and cultural values, and other factors such as firearm ownership, and demographics (e.g., race, gender, education, income, marital status, household composition, religion, and region of residence).

Respondents who are older, believe in the effectiveness of guns as defensive weapons, lean right politically, are racially resentful, and have children were more likely to endorse arming school personnel who are not law enforcement officials. Membership in the National Rifle Association and concern about students, faculty, and staff were associated with support for arming teachers, while a belief in the moral wrongness of harming others predicted opposition to arming teachers.