Study Determines Whether People Are Washing Their Hands Correctly 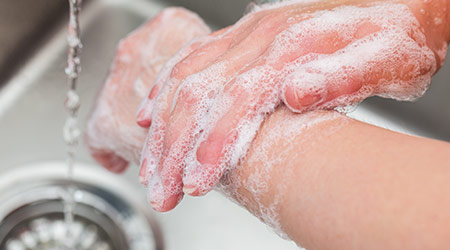 According to a study conducted by three doctors from The School of Hospitality Business at Michigan State University, 95 percent of people are, in fact, washing their hands incorrectly. That reality does not bode well considering 80 percent of infections are spread via hands.

The study analyzed handwashing compliance, shortcomings and gender differences in a college town environment. According to the research, "people generally overstate the degree to which they wash their hands; women are much more likely to wash their hands than men; and while handwashing compliance appears to have increased in recent years, much room for growth still exists."

Despite social pressures and awareness that proper handwashing will reduce foodborne illness outbreaks, reduce diarrheal disease and potentially save lives, a large portion of the general population still fails to wash up. The goal of this study was to determine ways to induce higher rates of compliance.