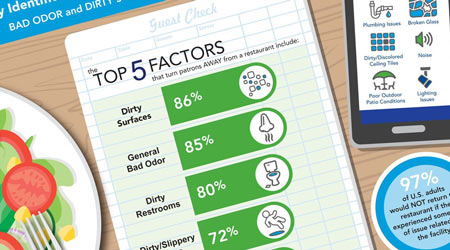 Loyalty programs aren’t the only way to build repeat restaurant business. A new survey commissioned by Cintas Corporation and conducted by Harris Poll identifies common issues that would keep Americans from returning to restaurants. Conducted online among 2,034 U.S. adults ages 18 and older, the study found that 97 percent of U.S. adults would be influenced to not return to a restaurant if they experienced some type of issue related to the facility.

“Even with a master chef in the kitchen, a dirty restroom or unattractive entryway can leave a bad taste in a diner’s mouth,” said John Engel, Senior Marketing Manager, Cintas. “Repeat business is vital to the success of any restaurant. Restaurant managers must ensure that their employees are READY™ to address facility flaws to keep diners returning.”

The study also found that gender plays a role in which factors influence a customer to avoid a restaurant. Women are less likely to return to a facility with a dirty entryway (75 percent) than males (64 percent). More women (72 percent) also said a plumbing issue would prevent them from returning to a restaurant, compared to 63 percent of men.

Older Americans, ages 65 and older, said that dirty/slippery floors would influence their decision to return to a restaurant (88 percent vs. 61 percent ages, 18-34). 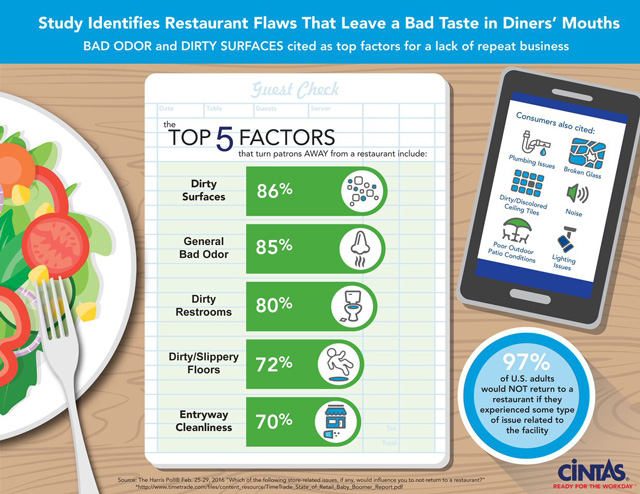