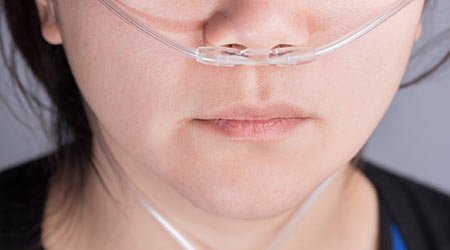 Doctors in France recently found that regularly using disinfectants can be linked to a higher risk of developing chronic obstructive pulmonary disease (COPD). According to ScienceDaily, the European Lung Foundation supported studies involving frequent exposure and found that “specific chemicals in disinfectants were associated with a 22 to 32 percent increased risk of developing COPD.”

The findings were a result of a decades-long study involving over 55,000 female registered nurses who were exposed to various disinfectants while on the job. Results indicate that staff that used disinfectants to clean surfaces at  least once a week had a 22 percent increased risk of developing COPD.

As reported: “The researchers also looked at exposure to specific disinfectants: glutaraldehyde (a strong disinfectant used for medical instruments), bleach, hydrogen peroxide, alcohol and quaternary ammonium compounds (known as "quats," mainly used for low-level disinfection of surfaces such as floors and furniture). All of these were associated with an increased risk of COPD of between 24 and 32 percent.”

Researchers stress that the findings did not indicate that disinfectants actually caused the COPD, only that there was an association between them and the development of the disease. Additional studies done have shown correlation between exposure to disinfectants and breathing problems such as asthma.

This is not the only study the European Lung Foundation has done involving disinfectants. In 2015, they conducted a study of indoor air quality and its affects on residents in longterm care facilities.