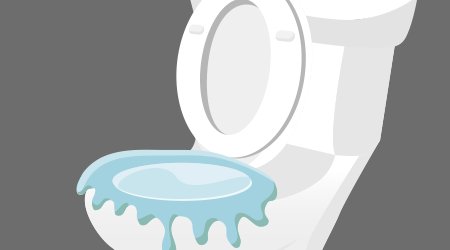 The hours spent cleaning up school restrooms are often long and tiresome for janitorial crews, but custodians at Sister MacNamara School in Winnipeg had a temporarily-lighter workload after a creative punishment was delivered.

After deciding to flush a sweater down the toilet, two students were assigned to essentially clean up their own mess, reports moms.com via CTV Winnipeg News. School representatives deemed that a more conventional punishment, such as detention, wouldn’t teach the students an adequate lesson on the consequences of their actions. Instead, the students were handed a scrubber and gloves, tasked with cleaning the upstairs and downstairs restrooms at the school.

One student’s mother first heard of the punishment after her son arrived home from school saying the restrooms were disgusting and he had scrubbed the toilets. Appalled at the degree of punishment relative to the offense, she contacted the school demanding an apology for the decision. The school, however, stood by their stance, claiming that the cleaning was the best way for the students to understand the difficult process taken by the janitor to fix the clogged toilet. The school also added that the toilet scrubbing was merely an option, while the sink cleaning was mandatory.

Sister MacNamara representatives aren’t the only ones to have taken a janitor-appreciation stance in recent months. An editorial in the University of Maryland College Park’s student newspaper encouraged students to show more appreciation for the custodial staff after the writer noticed a disregard for food disposal and restroom care. Read more on the story here.