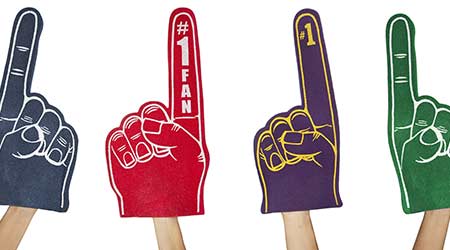 As a custodian at Wacoochee Elementary School in Salem, Alabama, Derrick Harris play an important role in the first few years of his students' education. Those same students recently helped Harris celebrate a major milestone in his own learning journey.

When Harris, 26, recently graduated from Wallace Community College Selma, the kids from Wacoochee Elementary made sure to give him the hugs and well wishes he deserved, reports ABC News.

Harris, who will begin classes at Auburn University in Montgomery, Alabama in the fall, was met with a graduation party in the halls of the school -- the same place he cleaned during the day so that he could takes classes at night.

The praise for Harris is considerable. One of the teachers at the school called him a "mentor" and "a shining light" to the people he's around. Some kids even made signs to go with the cheers Harris received as he walked down the halls in his cap and gown.

It looks like school will continue to be a part of Harris' life even after college. He told ABC news that he hopes to become a physical education teacher and has already been hired a a PE assistant.

Images from Harris' walk down the halls can be viewed here.