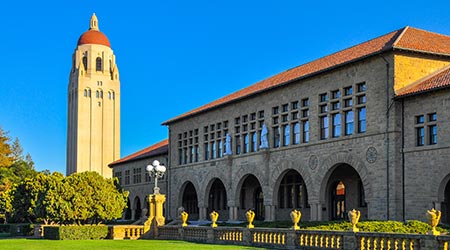 It's no secret that cleaning staff, cooks and other contracted workers are some of the most underappreciated and low-paid employees on just about every college and university campus. So when laid off during COVID-19-induced shutdowns, the paycheck-to-paycheck employees must scramble to simply survive.

Stanford University is one of those campuses who laid off custodians and cooks during a campus shutdown in an effort to recoup just a small portion of the money it has lost. Or it at least it was going to be, reports Palo Alto Online.

University students, faculty and alumni voiced their displeasure with unpaid temporary layoffs of the cooks and custodians that help their campus to function to the point that Stanford is now walking back on its commitment. Well, at least maybe. Nobody's exactly sure.

Stanford says it is working with the firms that provide the contracted workers to support those employees paid and insured through June 15. But some are wondering how Stanford defines "support."

A member of Stanford's Students For Workers' Rights says it's unknown whether the support simply means helping the laid off staff to apply for federal benefits or actually paying them outright. The student group says it had also asked that the workers receive an additional two weeks of paid sick leave, but doesn't see that request addressed in the announcement.

Around 100 Stanford faculty members have pledged to donate a portion of their own pay to the laid-off workers.