Struggling To Save DACA Recipients 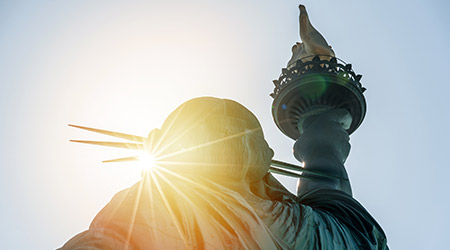 Building service contractors could soon have an employment issue on their hands due to the possible end of Deferred Action for Childhood Arrivals, or DACA.

Formed by the Obama Administration in 2012, DACA, temporarily prevents the deportation of an unauthorized immigrant brought to the United States as a child, provided they were, among other things, under the age of 16 when they entered, were under the age of 31 as of June 15, 2012 and had not been convicted of a felony or serious misdemeanor, according to the U.S. Citizenship Immigration Services. The temporary status provided by DACA is currently renewable and lasts two years per accepted application. The recipients of this status, known as Dreamers, are not only permitted to stay in America, but can also apply for the authorization to legally work in the country.

The Trump administration announced plans to phase out DACA on Sept. 5, 2017. The administration applied a March 5, 2018, deadline for DACA to officially end, which was supposed to give congress the opportunity to come to a resolution. However, a temporary hold on the slated end to DACA was placed by a federal judge in San Francisco on Jan 9. The judge’s order came on the same date he said DACA renewal applications must be accepted again, U.S. News & World Report reported. Later, a U.S. District Court Judge also rejected the order to end DACA.

The Trump administration requested the U.S. Supreme Court review the federal judge’s order, but that was rejected on Feb. 26. As a result, Dreamers’ legal status in the United States could be in limbo for several months, provided Congress doesn’t move to make their status permanent, reports the "New York Times."

The White House, republicans, democrats, and groups consisting of a bipartisan collection of senators and congressmen have expressed interest in keeping many of the DACA beneficiaries in the country, in one way or another, according to the deals proposed over the past months.

Trump supported a plan brought forward by Republican Senator Chuck Grassley, which included a route to citizenship for Dreamers and funding to build the proposed wall between the United States and Mexico. However, the White House plan failed after a 60-39 vote on Feb. 15, according to Reuters.

Earlier that day, a bipartisan bill which called for the protection of the DACA recipients in exchange for $25 billion in border security failed 54-45 after Trump failed to veto the bill. Republican John McCain and Democrat Chris Coons-supported bill focusing on Dreamers and border security, but not the wall, also failed that day in a 52-47 vote. Finally on that same day, a bill opposed to sanctuary cities — those that choose not to cooperate with federal officials on immigration violations — failed. Each proposal needed 60 votes to pass.

The latest attempt, this time by Arizona junior Republican Senator Jeff Flake, was to extend DACA for three years in exchange for three years of border security funding. This plan also failed.

Congress has been working on a resolution, but its incentive to hash one out by the March 5 deadline was lessened after the Supreme Court’s rejection of Trump’s request. It’s likely that DACA wont be resolved until after the November election.

"This election, the election of new members to the House and Senate, will decide the fate of this issue," says Sen. Dick Durbin, D-Ill in an interview with NPR held Feb. 28.

So what should members of the cleaning industry do right now if they want to save DACA?

“Employers in our industry really need to chime in and talk to congressmen and senators,” says Monty, adding that the dialogue doesn’t have to “pull at the heart strings,” but rather demonstrate the facts.

Jake Meister is the Associate Editor of Contracting Profits and Sanitary Maintenance magazines.