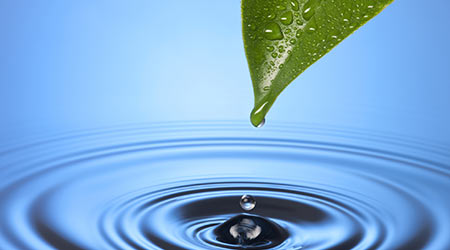 Water is much more a part of our lives than most of us realize. In fact, we are literally made of water.

Waterless Co., manufacturers of no-water urinals, has compiled lists of fun, strange, unusual, as well as sobering facts about water. Here are but a few:

• The amount of food a family of four consumes in one day requires about 6,800 gallons of water

• The average American residence uses more than 100,000 gallons of water annually (indoors and outside)

• To create one pint of beer takes 20 gallons of water

• Water in the US is the bargain of the century when compared to other countries. According to the EPA, the average cost of water supplied to a US home is about $2.00 for 1,000 gallons; this means that five gallons of water costs around a penny

• Two-thirds of the world's population - about 4.6 billion people - are projected to face water scarcity by 2025, according to the United Nations

• There are no scientific studies that support the recommendation to drink eight glasses of water per day and drinking too much water can be fatal. It's called water intoxication

• We Americans like to flush; there are about 315 million toilets in the US using about 5.7 billion gallons of water per day

• There are about just under 10 million water using urinals in the US. If these were replaced by waterless urinals, we would simply save about 2.4 billion gallons of water per year