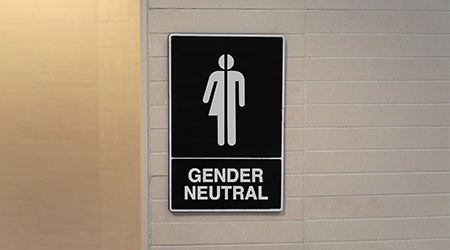 The majority of public buildings would be forced to make their single-occupancy restrooms gender-neutral under a law being proposed in Maryland.

Senate bill 401 calls for facilities to toss out gender-exclusive signage on single occupancy restroom and replace it with words or images that promote use by all, reports Southern Maryland News Net.

The bill would create more restroom availability for women, who typically have to wait longer to use these facilities than men, says its top sponsor, state Sen. Cheryl Kagan, D-Montgomery. Kagan says the bill also helps those with disabilities, parents and caretakers by shortening their search for restrooms.

The change would be relatively inexpensive, too. Kagan says gender-neutral restroom signs are listed online starting at $15.

Restroom access and resource troubles are a big issue for parents and caretakers and has been reported as such in several stories from throughout the country.