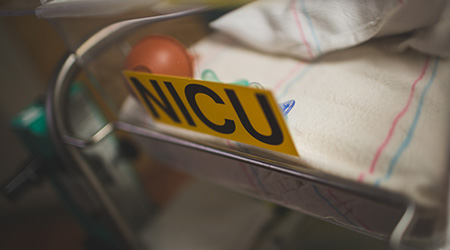 The state Health Department in New Jersey recently received an anonymous report from a "concerned employee" stating that there was a bacterial outbreak in the neonatal intensive care unit at University Hospital in Newark. Inspectors were immediately dispatched in response to the notification.

According to NJ.com reports, four infants contracted the Acinetobacter baumannii bacteria, a hospital-acquired infection, in September. One of the babies was transferred to another hospital and later died, but the cause of death has not yet been determined. The three other infants responded to treatment, and there have not been any new reported infections.

Acinetobacter baumannii bacteria is usually found in soil or water and can cause pneumonia or serious blood or wound infections.

Health Commissioner Shereef Elnahal told reporters that the lack of infection control standards in the NICU was disturbing and what the inspectors found was “unacceptable."

The hospital was ordered to hire a full-time certified infection control practitioner consultant as part of the plan of correction ordered by the health department.

The hospital has been under scrutiny this year after it received a failing grade from the national Leapfrog Group safety report card, scoring poorly in areas of infection control. It did not receive a failing grade in the newest report released Nov. 8.

The outbreak at University Hospital is unrelated to the adenovirus outbreak among  pediatric residents at the Wanaque Center for Nursing and Rehabilitation in Haskell where 11 children have died.