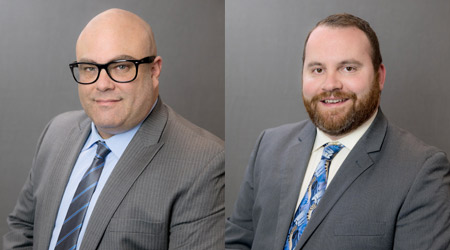 Spartan Chemical Company, Inc., a recognized leader in the formulation and manufacture of sustainable cleaning and sanitation solutions for the industrial and institutional market,  announced the promotion of Steve Henry and Jason Salter to the role of regional manager, effective May 1, 2019.

Henry joins Spartan as the regional manager for the Philadelphia region. Steve most recently served as the director of hotel operations for Hard Rock Hotel and Casino in Atlantic City, New Jersey. While there, Steve gained valuable experience with Spartan products as a customer. Prior to that, Mr. Henry spent three years at The Westin Wilmington in Delaware where he was the director of rooms in Delaware. Additionally, Steve was employed as the director of front office for Hawks Kay Resort in Duck Key, Florida overseeing the front desk, concierge, bell/valet, and security for three years.

Salter, who has responsibility for the Los Angeles region, most recently worked as a regional sales manager for Tornado Industries, managing California, Arizona and Nevada. During his time at Tornado, Jason was responsible for over fifty distribution companies, as well as national accounts. Prior to that he served as a national accounts sales executive at Unisource Worldwide, Inc. for three years. Jason also worked at Uni First Corporation in Valencia, California working as a branch sales manager.