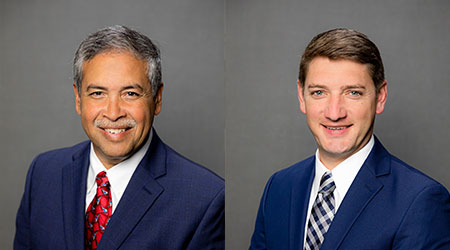 Spartan Chemical Company, a formulator and manufacturer of sustainable cleaning and sanitation solutions for the industrial and institutional market, announced the appointment of Ryan Newcomer to Packaging Buyer and Luis Santiago to the role of Environmental Health and Safety Manager, both effective July 26, 2021.

Newcomer brings to bear a broad range of experience having spent the last five years working at Bonded Chemicals, Inc. (ChemGroup, Inc.) in Columbus, Ohio, where he was hired as a sales representative and two years later would be promoted to purchasing manager with a focus on chemical buying. Prior to that, Ryan worked in Marysville, Ohio for The Scotts Miracle-Gro Company where he was a research biologist working in research and development for five years. Mr. Newcomer received his Bachelor of Science degree in Agriculture-Horticulture with a minor in Agriculture Systems/Landscape Construction from The Ohio State University, in Columbus, Ohio.

Santiago comes to Spartan from the City of Toledo Fire Department in Toledo, Ohio where he served for the last 34 years. For the last seven of those years Luis held the role of fire chief, where he was tasked with managing a $73 million budget that included over 600 uniformed and civilian members that provided emergency response services along with risk reduction management. In this role, Luis also served as the primary advisor to the mayor and safety director.

Spartan also recently hired Myron Bowers as a quality assurance manager in August. For more on that, click here.