SpaceVac Launches In The US 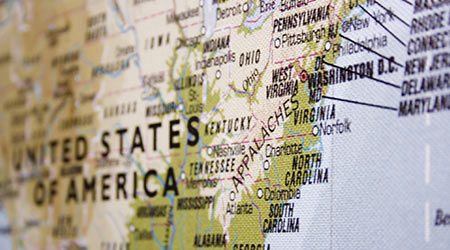 The new company - a collaboration between SpaceVac UK and the team at SpaceVac Canada, is set to move into the US marketplace through the fall of 2017 following a successful launch at the recent ISSA/INTERCLEAN Event which took place in Las Vegas, Nevada.

The deal see’s SpaceVac’s pioneering high-level cleaning technology available in the USA for the first time via a nationwide distribution deal that sees the systems available in all 50 states. The system - which allows operators to clean inaccessible, high-level areas from the ground floor - has already won plaudits across Europe and Canada with companies including Sodexo, Ikea, Coca Cola and more quickly adopting the technology as part of their regular maintenance and cleaning.

MD of SpaceVac UK, Kunal Patel, said “This deal represents a very exciting next chapter in the SpaceVac story - the response we’ve seen across Europe and elsewhere overseas has been phenomenal, with orders literally leaving the workshop daily. By bringing the system to America we think we are well on track to consolidating our position as the leading name in high-level cleaning”.

CEO of SpaceVac USA Stewart Tyler said “Following an excellent response from the Canadian marketplace and a growing pipeline of enquiries from the United States, SpaceVac launches here at a very exciting time. The system drew quite a crowd at the recent Interclean show and we are looking forward to helping now keep America working Higher, Safer and Faster”.

The rollout - which is already underway - will be supported in full by the SpaceVac UK team including week long training and demonstration camps with new distributors and partners already taking place in Kansas and Texas with a full rollout taking place through the fall of 2017.