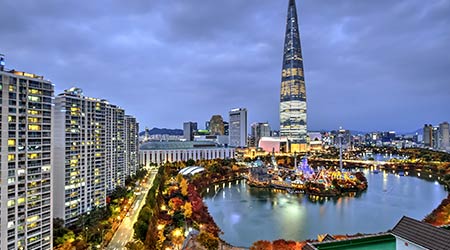 ISSA, the worldwide cleaning industry association, celebrated the opening of its new office in Seoul, South Korea, on April 25 at a ceremony that included scores of industry professionals and government representatives. This marks the fifth international office ISSA has opened as part of its strategy to help change the way the world views cleaning by bringing global benefits, information, and resources to local members through an ever-expanding network of offices and events.

"I am so excited for this day to finally arrive because I have wanted to bring ISSA to Korea ever since I saw people dying during the local MERS outbreak in 2015," said Lee. "My goal always has been to teach people how to prevent the spread of disease through proper cleaning and disinfecting and now we can introduce more advanced methods to the Korean industry because of ISSA's local presence."

In addition to the technical expertise ISSA is disseminating through its Cleaning Management Institute (CMI) certification courses (including Basic and Advanced Cleaning Technician), the association also has launched its Cleaning Industry Management Standard (CIMS) in Korea. Samsung S-1 is the first local organization to complete CIMS certification and has already reported a 20% increase in profitability due to the implementation of the ISSA practices it learned.

"We're thrilled at the warm reception ISSA has received from the Korean cleaning industry and inspired by the enthusiasm with which it is embracing ISSA's globally recognized programs to help innovate the local market," said Dianna Steinbach, ISSA vice president of international services.

John Barrett, ISSA executive director, agreed. "I am happy and encouraged to see the potential that exists in Korea and the desire to make a true difference in the role cleaning can play in improving public health," he said. "It's clear that companies in this market are willing to invest in international standards that can raise the bar, and that they trust in ISSA as the global leader to help them achieve greater success."

The local ISSA team has graduated two dozen students from the CMI courses and is currently taking reservations for training workshops to be held over the next few months. Seating for the workshops is limited and filling up quickly due to high interest levels following the opening ceremony.