Some Patients Bringing C.Diff To Hospitals 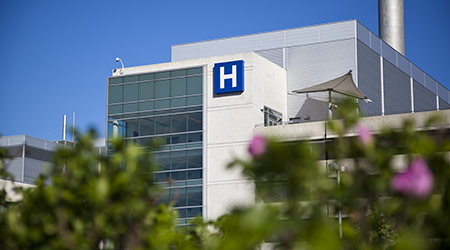 Nearly 1-in-10 patients admitted to a New York hospital with no symptoms of diarrhea were found to be carriers of Clostridioides difficile (C. diff), suggesting infections originate outside the hospital setting more often than thought, according to the Society for Healthcare Epidemiology of America.

Armed with this information, hospitals and other healthcare facilities could consider identifying carriers of C. diff as a strategy to prevent the spread of the infection.

“It has generally been assumed that patients get the bacteria during their stay in the hospital,” says Sarah Baron, MD, the lead author of the study and the Director of Inpatient Quality Improvement in the Department of Medicine at Montefiore Health System. “However, when we tested patients being admitted to the hospital, we found that many of them were carrying the bacteria that causes this diarrhea in their bodies already and often went on to develop the infection.”

Researchers at Montefiore tested 220 patients who showed no symptoms of C. diff infection when they were admitted between July 2017 and March 2018. Perirectal swabs were completed within 24 hours of admission, and the patients were followed for six months. Upon admission, 21 patients were identified as carriers.

The study also suggests that there is a large pool of people who carry the organism that go unrecognized and may pass it on to others and/or develop an infection themselves, says Baron.

“These findings might mean that we can predict who will develop C. diff and try to stop it before it starts,” says Baron. “More work is needed to determine how we can protect everyone, even the patients who already have the bacteria in their colons, from developing this dangerous form of diarrhea.”