Some Parents Fear Being Fired For Using Employee Benefits 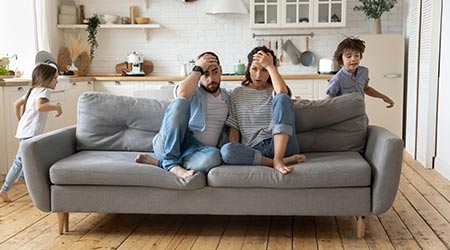 Nearly two in five parents of school-aged children in the United States are afraid they could be let go from their position for using some of the benefits offered by their employer, reports CNBC.

These findings were uncovered after 1,000 parents were surveyed in August by Catalyst, a non-profit that seeks better inclusivity in the workplace. The 39 percent of parents say they're worried they could lose their job if they use the increased paid time off or flexible work hours they're being offered.

The fear of being let go for using benefits that are offered might exist because so many people are already seeing their coworkers being laid off. Megan Sowa, director of strategic opportunities and alliance at a risk management and advisory firm tells CNBC that the workers who fear losing their jobs for using benefits are usually those whose employers don't encourage the use of the benefits.

Rachael McCann, who works at the same firm as Sowas, tells CNBC that women are more likely than men to have these fears because they're more commonly the primary caretaker of the children.

Despite the concerns, McCann says most employers genuinely want their workers to take advantage of the benefits they're being offered. She says employers make these benefits available because they want to invest in their workers.

To read the rest of CNBC's article, click here.