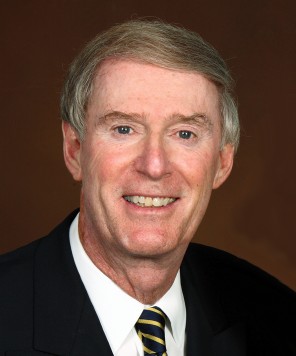 Robert Taylor, the creator of Softsoap liquid hand soap and the entrepreneur behind dozens of other hygiene products, has died. He was 77.

An obituary in the Washington Post says Taylor passed away in Newport Beach, Calif. after battling prostate cancer.

Taylor created and sold more than a dozen companies in the bath-and-beauty industry, brand including among them Check-up, the first anti-plaque toothpaste, Sesame Street bubble bath and the controversial fragrance brand, Obsession (the racy ad featured a provocative tagline and a topless Kate Moss).

But his most famous mark remains the Softsoap liquid hand soap brand.

According to the paper, the former Johnson & Johnson salesman struck out on his own in 1964 and launched Village Bath Products, where he first built his company by hand rolling balls of soap. Then one day he saw an opportunity that would change the soap market, forever.

“I thought how ugly bar liquid soap is, and how it usually messes up the bathroom,” he once told the New York Times. “I thought, ‘Why not a high-quality soap that comes in an attractive bottle?”

In 1979, Taylor introduced Softsoap liquid hand soap — complete with an innovative, no-mess pump — to the mass-market. Knowing that bigger companies, such as Procter & Gamble, could very well copy and out-produce his small company, Taylor bought up more than 100 million units of the pioneering technology to gain an edge over his competition.

The savvy business move earned Taylor reign in the bath-and-beauty industry and the respect of national business leaders, alike.