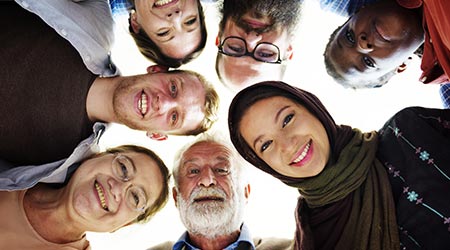 Sodexo, has been named a DiversityInc Hall of Fame company, announces the company via press release.

This is the 12th year the food services and facilities management company has been recognized as a top diversity leader by DiversityInc. Hall of fame companies were announced in a virtual event held by DiversityInc.

The DiversityInc Hall of Fame list recognizes companies that are driven, based on company-submitted data, in six key areas to include leadership accountability, human capital diversity metrics, talent programs, workforce practices, supplier diversity, and philanthropy. Sodexo has also been ranked among DiversityInc 2020 Top 50 Specialty Lists using the same criteria. It ranked second as a Top Company for Supplier Diversity and ranked fifth as a Top Company for People with Disabilities.

“Diversity, equity and inclusion are an intrinsic part of the fabric that Sodexo continues to weave for a better tomorrow,” says Gerri Mason Hall, chief diversity and sustainability officer, Sodexo Americas. “We remain focused on efforts that address disparities in the workplace and communities in which we serve. Our efforts to foster a culture of belonging for employees continues to be a significant enabler that enhances engagement, collaboration and business growth. We are honored to be named as a DiversityInc Hall of Fame company recognizing these efforts.”

More than 1,350 attendees logged on to find out what sets the DiversityInc Hall of Fame companies above all others in the competition. The Hall of Fame is made up of companies that have ranked #1 on DiversityInc’s annual Top 50 Companies list since 2012. Among Sodexo in this year’s Hall of Fame is AT&T, EY, Johnson & Johnson, Kaiser Permanente, Novartis Pharmaceuticals Corporation, and PwC.

“DiversityInc’s recognition of Sodexo’s commitment to diversity and inclusion is a testament to the hard work and focus of our teams, year after year,” says Sarosh Mistry, region chair, Sodexo North America. “While the spirit of inclusion is inherent in the work we do, it still requires a tremendous amount of work to ensure that spirit manifests daily in every action all our employees take.”

Sodexo’s commitment to diversity and inclusion has been consistently recognized by external organizations and notable diversity publications. In January, Sodexo was recognized on Bloomberg’s 2020 Gender Equality Index and FORTUNE’S 2019 list of the World’s Most Admired Companies.