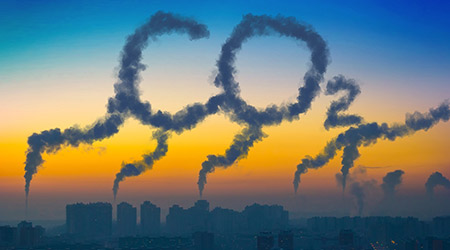 Sodexo confirmed its objective to reduce its carbon emissions by 34 percent by 2025 with approval from the Science Based Targets initiative, the company announced in a press release.

Sodexo joins the movement of leading companies aligning their businesses with the most ambitious aim of the Paris Agreement, to limit global temperature rise to 1.5 degrees above pre-industrial levels.

“By including Scope 3 emissions, Sodexo will now be accountable for tracking and bringing transparency to the total carbon footprint of the food it serves and the resources used to provide our facility management services”, says Neil Barrett, group senior vice president, corporate responsibility, in the press release. “With this measurement, we will be able to make better choices, and also raise awareness and engage our clients and consumers in our climate action with information about the environmental impact of the services we provide.”

The targets have been reviewed and approved by the Science Based Targets initiative, a collaboration between CDP, the United Nations Global Compact, World Resources Institute (WRI) and the World Wide Fund for Nature (WWF). The initiative helps companies determine a pathway for reducing their emissions in line with the Paris Agreement’s goal of limiting global warming to well below 2 above pre-industrial levels and pursue efforts to limit warming to 1.5.

The approval follows a successful collaboration Sodexo has undertaken with the World Wide Fund for Nature (WWF) to conduct a rigorous review of its emissions target since 2010 and identify priority actions to focus its effort.