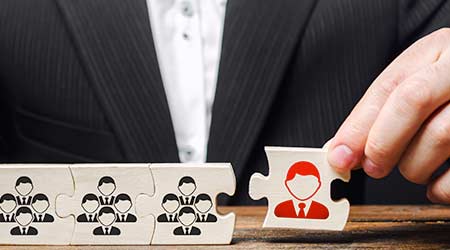 Sodexo’s Board of Directors, chaired by Sophie Bellon, decided to launch a search for a new Chief Executive Officer (CEO). This decision is intended to enable the Group to strengthen its competitiveness and accelerate its transformation while confronted by post-Covid challenges. The current environment is significantly influenced by the acceleration of new consumer behaviors and trends, by digital and technological disruptions, and the emergence of new business models.

This new phase should enable the Group to rapidly adapt to the expectations of its clients and consumers and return to solid, profitable, and responsible growth over the long term.

The Board of Directors has mandated a recruitment firm to perform the search for a successor to Denis Machuel, the current Chief Executive Officer, who will continue to exercise his functions until Sep. 30, 2021.

Beginning on that date, to ensure the operational continuity of the company during the search for a new CEO, Sophie Bellon, Chairwoman of the Board of Directors, will also act as interim CEO.

The Board of Directors would like to thank Denis Machuel, who joined the company in 2007 and was appointed CEO in Jan. 2018, for his contribution to Sodexo’s development and for having lived by its values. In particular, the Board salutes his efforts to relaunch the growth momentum, which was interrupted by the Covid-19 crisis, and for having initiated the Group's digitalization and strengthened its CSR commitments. During the difficult period of the pandemic, his leadership and action contributed greatly to the Group's resilience and agility in weathering the crisis.

The Board of Directors believes that this new chapter in Sodexo’s history will unfold with confidence and in serenity. With a healthy financial position and operating in growth markets, Sodexo is supported by a family shareholder base that provides stability and the ability to plan for the long term.

Back In June, Sodexo was named as one of the Best Companies For Multicultural Women by Working Mother magazine for the 12th consecutive year. Read more on the honors here.