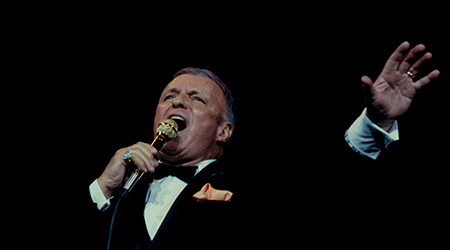 The gorgeous toilet comprised of Italian marble and a gold seat and cover was sold for $4,250 by an auction house, reports CNN. A second toilet made of “only” marble sold for $1,800. Both toilets were originally brought to Sinatra’s executive suite at the Golden Nugget Casino, where the famed singer had a residency.

The marketing manager for the auction house says toilets like the two sold would typically demand less, but the desire to purchase was greater because they were used by Sinatra.

Luxury toilets have graced the residences of other famous people. An 18-cart gold toilet was placed in the childhood home of Winston Churchill last year. This toilet was so admired that it was later stolen from an art exhibit at Blenheim Palace in Oxfordshire, England.