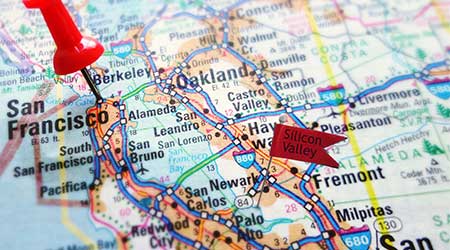 The interiors of many of Silicon Valley's iconic tech companies remain barren as the ongoing COVID-19 pandemic has left the great majority of their employees to work from home. As the situation continues, so do frontline workers' worries that their job could be cut at anytime, reports NBC News.

According to a recent report by the labor activism group, Silicon Valley Rising, the majority of big tech companies in the area have kept their service workers employed, especially those who belong to a union. As encouraging as that sounds, the report also uncovered details that are much more discouraging. For example, it found that well-known companies like Verizon and LinkedIn have already put a pause to agreements with service contractors, thus forcing those companies to layoff their employees.

So how important is the presence of unionized labor to the people of Silicon Valley? Well, the report suggests about 14,000 unionized workers exist in the area, a great deal of which are people of color hired as janitors, cafeteria workers, security guards and bus drivers. Should those jobs disappear, those being let go would have a hard time finding employment to replace the lost wages.

Some members of big tech are making a strong effort to keep their employees in a good situation, even as they have little work to offer. For example, Google told NBC News that it paying hourly service vendor workers for the hours they have lost during the pandemic. Facebook said it is paying workers that have been furloughed because their jobs cannot be carried out at home.