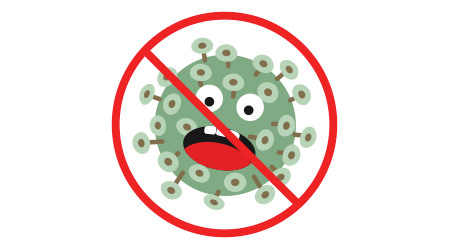 A germ-fighting robot that uses pulsed xenon ultraviolet (UV) light to sanitize rooms at Trinity Hospital is giving a boost to the hospital’s infection control program.

Sue Niebuhr, coordinator of Trinity Health’s Infection Prevention and Control program, says an analysis of data from the first year of using the robots shows that HAI infection rates declined by almost half.

“We experienced an average 47 percent reduction in HAIs after adding pulsed xenon UV disinfection to our cleaning protocols,” Niebuhr said. “MRSA infections were down by 34 percent; VREs declined by 69 percent; and C. diff infections were down by 39 percent. These results are in line with what other hospitals around the country have experienced and what research studies have indicated.”

The Xenex robotic system is able to disinfect surfaces in just five minutes using pulsed xenon germicidal UV-C light, which is hundreds of times more intense than sunlight. The system has been shown to be extremely effective in destroying viruses, bacteria, and other pathogens on surfaces that could pose a health risk to patients.

The Centers for Disease Control and Prevention has urged healthcare providers to intensify their efforts in the fight against multi-drug resistant organisms. Trinity Health was already following best practices recommended by the CDC for curbing infections. However, with funds made available by the Trinity Health Foundation, the hospital decided to add the Xenex system to its routine cleaning procedures as an extra measure of protection.

“Patient safety is always our first priority,” Niebuhr said. “We’re constantly looking for ways to enhance our infection control efforts. These early results are encouraging and we look forward to continued improvements in the future.”