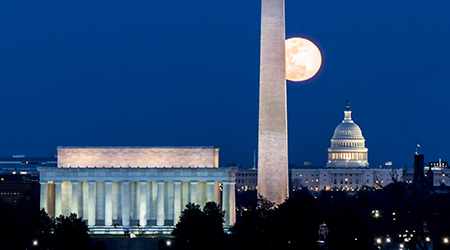 Democratic senators, including U.S. Senator Sherrod Brown of Ohio and Tina Smith of Minnesota, took to the senate floor recently to revive efforts which would provide backpay to the contract workers who lost wages during the government’s 35-day federal shutdown last winter.

The workers the senators are trying to gain back pay for earn low wages, many of them as janitors. Most of the workers are not employed by the federal government, but rather the companies to which the services are contracted out.

“The President of one SEIU local that represents janitors and security officers said that those workers and their families, quote, ‘will continue to relive the trauma on a daily basis until they are compensated for 35 days of income,’” Brown said on the senate floor.

Brown’s entire statement can be read here through a press release from his office.

“Many of these workers live paycheck-to-paycheck, and reported being unable to cover personal expenses like rent or mortgage payments, car payments and grocery bills,” says Brown, according to the statement. “We’re not giving up this fight to do right by these workers and get them their back pay—because when you love this country, you fight for the people who make it work.