Self-Cleaning Surface Could Destroy Bacteria When Exposed To Light 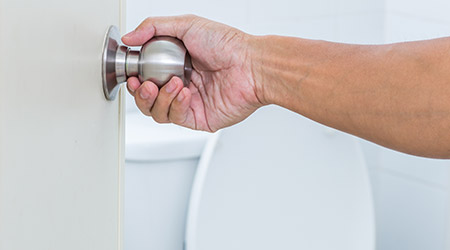 Scientists at the University of Canterbury's Advanced Energy and Material Lab in New Zealand are developing a self-cleaning surface coating that reportedly destroys bacteria when exposed to light. According to TVNZ News Now, the research has received the Ministry of Business Innovation and Employment's (MBIE) gold status rating for the second consecutive year.

The coating, being developed in the MBIE-funded project, is a non-toxic photocatalyst ceramic, which produces continuous oxygen radicals at the surface - burning up the microbes left there by hands, but also by contact with clothing and airborne pathogens. It could destroy bacteria and viruses on high-touch surfaces such as handles and rails.

Researchers say the technology to make the coating has been developed at the university over the past 10 years and could be ready for manufacturers to use in their antimicrobial products by 2020, if not sooner.

"Hospital-acquired infections affect both vulnerable and relatively healthy people, largely through incidental transmission rather than through any breakdown of hygiene protocols," Professor Susan Krumdieck of UC's Mechanical Engineering department said in the article.

Scientists from the Fraunhofer Photocatalysis Alliance in Munich, Germany, are also conducting research on titanium dioxide, according to a Green Optimistic article.

UV light from the sun’s ray activates the Titanium dioxide. Once activated, it triggers an electrochemical reaction that produces free radicals.

Free radicals can destroy bacteria, fungi and similar organisms. They attack by disrupting the cellular walls of these organisms; once they enter the cytoplasm, they cause irreparable damage to the cell organelles and the DNA, the article said.