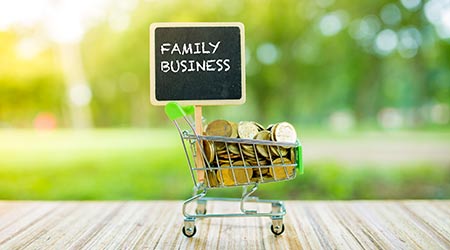 One of the biggest janitorial service providers in Utah is a second generation business run by the son of a Mexican immigrant, according to a story by Utah Business.

Jorge Dennis and his family moved to the United States from Sonora, Mexico when he was just two years old. His father performed cleaning work as a side job. Like so many sons and daughters of parents in the cleaning business, Dennis and his sister were brought along to their father's cleaning shifts where they would empty trash.

Dennis' father eventually started Salt Lake City-based Envirokleen, LLC to supplement his income when he was out of work. But the company ended up thriving to the point it that the business became a focal point. Today, it services commercial spaces, hospitals and government facilities.

Dennis worked at Envirokleen as he studied towards his MBA at the University of Utah. He eventually took over as president of the company in 2007 and received his MBA four years later.

While nobody would blame him by introducing himself as the president of Envirokleen, Dennis says he refers to himself as a janitor. He says he's really proud of that he's become very appreciative of the title of janitors and continues to realize how important janitors are to society.

Business has changed for Envirokleen over the last several months due to the COVID-19 pandemic. The company's customers have increased their demands for service to the point where office buildings are now being cleaned like medical facilities. Envirokleen is also helping customers to understand what products and practices they should explore to get the best cleaning service possible.

Of course, Envirokleen is far from the only second generation cleaning company we discussed on this website. The most recent cover story that ran in our publication, Contracting Profits, profiled MSNW Group, which was founded by Janelle Bruland is now partly led by her daughter, Terrell Weg.