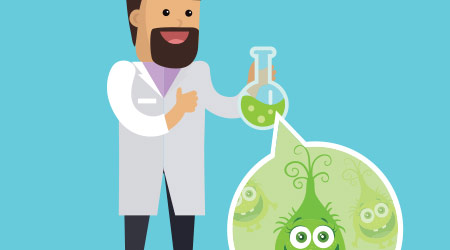 Scientists have published a study in which they claim that people aren't getting the exposure to "good germs" that they should.

According to a story by KCRW, the authors of a study published in Proceedings of the National Academy of Sciences of the United States of America said the extreme efforts to provide clean and disinfected surfaces during the COVID-19 pandemic has meant that people have had less contact with certain microbes and bacteria that can be good for the body.

Brett Finlay is a microbiologist and immunologist at the University of British Columbia in Canada and one of the study's authors. According to KCRW, Finlay is concerned there's a lack of development in the immune systems of people of varying ages because of efforts to provide great cleanliness. For example, many young kids aren't going to daycare or preschool, which he says means they're not being exposed to the microbes of other kids, which traditionally would have been swapped. He also said humans that aren't exposed to enough microbes are more likely to develop asthma or be overweight. Finally, Finlay said there's new research suggesting that an under exposure to microbes could be involved with cardiovascular disease and Alzheimer's, too.

Finlay suggests people get exposure to good microbes by eating well, interacting with others and even coming into contact with dogs.