Schools May Soon Be Rated On Absenteeism 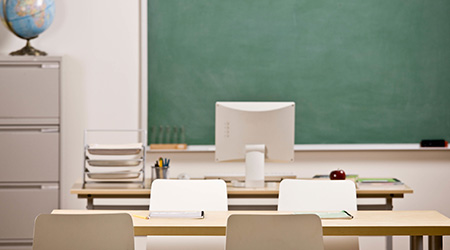 Traditionally, the federal government has rated schools based on standardized test scores and the academic performance of students. But, according to a Washington Post article, schools might now be judged on how many students are in their seats each day.

Of the dozen states that have laid out their plans for holding schools accountable under the new federal law known as the Every Student Succeeds Act, 10 are aiming to use chronic absenteeism as a factor in identifying their best and worst schools.

The goal is to force districts to look at improving health inside schools. And measuring chronic absenteeism helps schools pinpoint and address issues that are keeping students out of class and, therefore, unable to learn.

According to federal data published in 2016, more than 6 million children missed 15 or more days of school during the 2013-2014 school year.

The Every Student Succeeds Act does require states to rate schools on achievement and proficiency rates, but it also requires rating of at least one measure of school climate or quality, which is where absenteeism comes in. The previous law, No Child Left Behind, highlighted education, which ultimately disguised absenteeism problems.

Officials at the National Education Association told the Washington Post that they are glad to see absenteeism in rating systems, as long as those systems are used to help identify schools for extra support and not to punish them. Data showing that a struggling school has many frequently absent students, for example, could help make the case for more funding to tackle the problem.

For more information on how individual states are rating schools, click here for the full article.