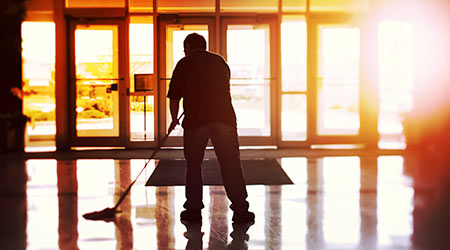 Chicago Public Schools have been the target of health officials since December, when 91 of 125 schools failed cleanliness inspections. Eight months later, according to Chicago Sun Times reporting, little progress has been made.

In early July, Chicago Public Schools (CPS) officials released school-by-school summary results of inspections by central office staffers and employees of Aramark and SodexoMAGIC — both of which have contracts to clean and oversee facilities services in the school system. Although school officials claim improvements are noticeable, recent data revealed that one in four schools have again failed new cleaning inspections.

These findings follow reports that began after a rodent infestation at a South Side elementary school sparked a series of inspections in December 2017. At that time, 91 of the 125 schools failed cleanliness inspections.

In Spring 2018, follow-up inspections revealed that only 306 of the 408 schools passed cleanliness expectations, according to CPS.

In response to concerns, schools officials subsequently agreed to hire 200 additional custodians over the summer, with at least 100 of them to stay on during the school year. And because schools where Aramark or SodexoMAGIC oversaw all facilities services - janitorial in addition to landscaping and pest control - tended to score better, officials were hoping to expand the model citywide by July 1. New reports indicate it wont happen until just before the start of the school year.