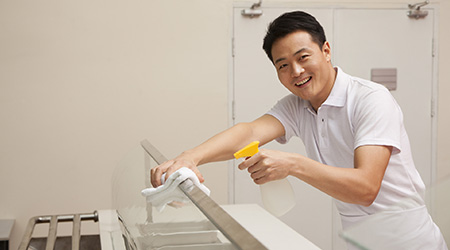 High cleaning standards and a focus on health and safety have effectively eradicated Norovirus outbreaks at Merton Council Schools for seven consecutive years, according to an article on the Cleanzine website.

After several years Norovirus outbreaks, the school council of the London borough of Merton launched a rigorous tender process to find a cleaning contractor that could help eliminate the chronic issue.

The lack of Norovirus outbreaks at Merton schools is in contrast to the national trend. According to Public Health England, the number of laboratory reports of Norovirus in this season stood at 3,329 at the start of February - 4 percent higher than the average number for the same period in the five preceding winters.