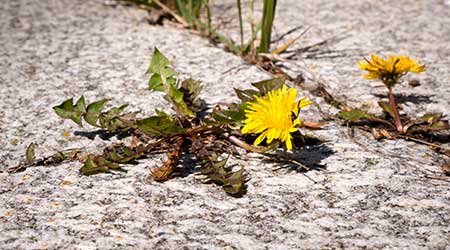 Dewayne Johnson, a 46-year-old school groundskeeper in Benicia, California, was awarded $289 million after a San Francisco jury found that weed killer contributed to his non-Hodgkin's lymphoma.

According CNN reports, Johnson mixed and sprayed hundreds of gallons of Roundup between 20 and 30 times a year to keep grass and weeds under control at schools throughout the district. He testified in court that twice during his work, Johnson had been accidentally "soaked with the product," the first of which occurred in 2012.

Two years later, in 2014, he was diagnosed with cancer. At that time, Johnson reached out to the product manufacturer, Monsanto, to inquire whether the use of the chemical contributed to the diagnosis. No response was received and Johnson's health continued to decline.

Despite those findings, Monsanto stands behind claims that Roundup is safe and the chemicals used in the popular weed killer do not cause cancer — and they have studies to prove it. Various reports indicate that Monsanto is ready to appeal this case and fight any future claims.

According to CNN, that battle has just begun. Johnson's case was expedited due to his declining health, but there are also more than 800 people who are awaiting trial after filing papers against Monsanto last year. Since that time, hundreds more have come forward to sue the manufacturer.

For more on this case and the results, click here.