School Custodian Goes Above And Beyond 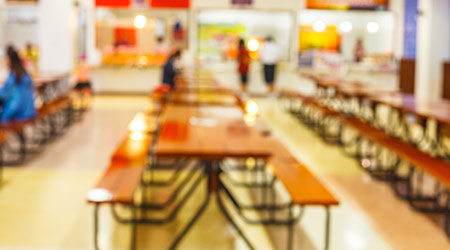 At 63 years old, Greg Davis is in his 25th year as custodian at Martin Luther King Elementary School in Vancouver, Washington. Here, Davis goes above and beyond keeping the school clean. According to The Columbian, he also helps out with the lunch period doing whatever's needed, including helping the kids with recycling and composting when lunch time is over.

After each meal, Davis stands behind a table at one side of the kitchen, which has holes that lead to separate bins. There’s one for children to pour out undrunk milk, another for trash, and ones for compost and recycling. His job is to help them put their trash in the right spot.

Davis is there to answer questions and help them with their sorting skills. When it comes to composting, the younger kids are better than the older ones, he said.

He has the quintessential custodian office space: an inconspicuous sort of closet with knickknacks and relics from past custodians.

There’s an old boom box that he still uses to listen to sports talk radio on his breaks. He also has a small electric grill, which he uses to occasionally make hamburgers or even pork chops.

In addition to his custodial and composting chores, every year he sings “Lifty Ev’ry Voice and Sing,” for Martin Luther King Jr. Day. Davis is a significant part of King history because he’s been here so long, according to Principal Janell Ephraim. Davis' singing is “about recognizing the different talents of all people on our staff.”

In June, the school will add a new chapter to its story. The school is moving out of that building. But that’s not the only change coming, after working 43 years, Davis is looking ahead to retirement.