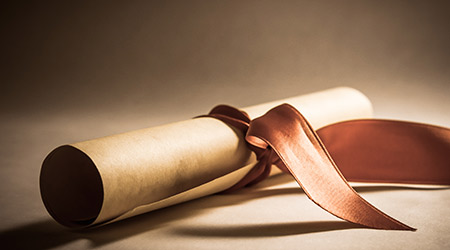 As head janitor at Hightower Elementary School in DeKalb County, Georgia, Tylan Bailey became a familiar face among students and staff in his tenure of over 23 years. With the responsibilities of training staff and ensuring all tasks are complete, it's understandable for any side commitment to be incredibly difficult.

As reported by WSV-TV Atlanta, however, Bailey made the decision to challenge himself further by attending college in 2017. For the next four years, his regular schedule involved arriving to the school at 5:30 in the morning, and then shutting facilities down in the late afternoon. In between those duties, he was attending classes at Georgia State University pursing a degree in teaching. In May 2021, his perseverance paid off as his graduation came to fruition.

It didn’t take long for Bailey to land several interviews, and before he embarked on the next chapter of his career — one with aspirations to become a physical education teacher — he had the honor of speaking at Hightower’s 5th grade graduation ceremony.

Reflecting back on the journey, Bailey says as a custodian shaped his work ethic and drive to reach his true dream. His experiences with people at the school in particular drove his preference for becoming a teacher.

For a similar celebration story of a custodian-turned-graduate, click here.