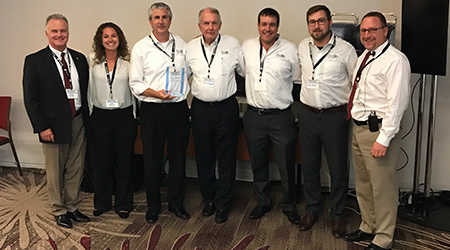 San Jamar, Inc has recognized The Henson Sales Group, Ltd., Wayne, PA with its “2017 Largest Dollar Increase Award”. The agency was recognized for increasing its sales of San Jamar Products in 2017 by over $1,114,000. This is the 5 th major sales achievement award San Jamar has presented the agency since they began representing the company in 2002.