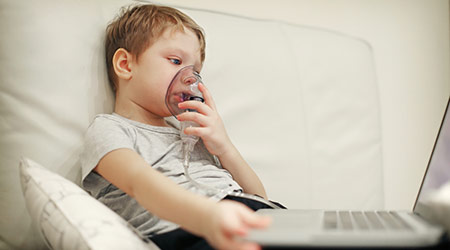 The findings, published in the January issue of the American Journal of Infection Control (AJIC), the journal of the Association for Professionals in Infection Control and Epidemiology (APIC), reviewed patient data across 21 U.S. hospitals, retroactively pulling charts from Jan. 1, 2014 through Dec. 31, 2014 to identify NV-HAP cases, in addition to assessing demographic data, outcomes, and documented preventive interventions applied.

The research team flagged 1,300 patients who acquired NV-HAP, recording a NV-HAP incidence rate of 0.12-2.28 cases per 1,000 patient days. The study is one of the first to debunk the association that NV-HAP predominantly impacts the elderly, and reverses previously held notions that patients in the ICU are at greatest risk for contracting pneumonia.

Here’s what the researchers found:

• Patients 65-years and younger constitute half of NV-HAP cases, both in and outside of hospitals’ surgical departments.

• Almost six in 10 patients (57.7 percent) recorded hospital stays that ranged upwards of 15 days. Of the patients transferred to the ICU, four in 10 (40.8 percent) stayed in the hospital more than 20 days. Of the 1300 cases, 19.3 percent were readmitted to the hospital within 30 days. Patients in the ICU typically stay in the hospital for more extended periods of time and are at greater risk for mortality.

• 27.3 percent of patients acquired NV-HAP in the ICU, indicating that patients in the ICU continue to acquire HAP despite preventive efforts in place to counter ventilator-associated pneumonia.

• Pneumonia risk can be minimized through preventive measures. But as researchers found, basic pneumonia preventive measures are often missing in patient care provided during a hospital stay. 58.6 percent of patients diagnosed with NV-HAP did not receive oral care; 81.8 percent did not receive incentive spirometry; 67.4 percent did not undergo cough and deep breathing exercises; and only 28.7 percent of patients stepped out of bed two or more times in the 24-hours prior to their pneumonia diagnosis.

• Standardizing protocols for preventive care can help reduce rates of NV-HAP. In a 2012 trial conducted in one hospital, evidence-based oral care protocols aimed at NV-HAP prevention for acute care patients decreased the rate of NV-HAP from 0.5 to 0.3. This saved an estimated eight lives, $1.72 million in costs and 500 days in extra hospital stays during the study period. By 2014, the initiative reduced NV-HAP cases by 70 percent, saving $5.9 million in NV-HAP related costs.

“NV-HAP does not discriminate; all patients across all hospital floors face a risk for acquiring pneumonia,” said Dian Baker, PhD, RN, the study’s lead author and a school nurse program coordinator at the California State University School of Nursing. “But from standardizing oral care protocols to tracking hospital-wide NV-HAP rates, providers can address gaps to identify new or reinforce existing preventive measures. We predict that with the right interventions to cut NV-HAP rates in half, hospitals could save roughly 10 thousand lives, 490,000 hospital days and $2.43 billion in costs per year.”

Up to 35.4 million U.S. patients are at risk for NV-HAP annually—as compared to 3.9 million patients at risk for ventilator-associated pneumonia (VAP). And while both healthcare-associated infections (HAI) have a roughly 19 percent mortality rate, NV-HAP costs health systems some $156 million, in contrast to the $86 million attributed to VAP costs. Patients with NV-HAP are 8.4 times more likely to require intensive care and/or die during hospitalization; 8.0 times more likely to require mechanical ventilation and, on average, have a readmission rate of 19.3 percent.

“Healthcare-acquired pneumonia is an under-appreciated HAI, causing patient harm, deaths, and excess healthcare costs,” said 2018 APIC President Janet Haas, PhD, RN, CIC, FSHEA, FAPIC. “However, since this infection is often preventable through nursing care activities aimed at preventing aspiration, once we recognize this problem, we can improve. This study underscores the need to implement evidence-based practices known to prevent pneumonia throughout the hospital.”