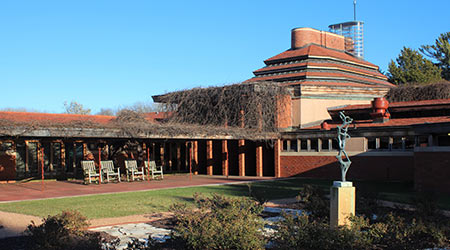 Imogene "Gene" Powers Johnson passed away at the age of 87 on March 3. The Racine-Wisconsin native was the patriarch of the Johnson family companies, including SC Johnson.

Her husband, Samuel "Sam" Johnson, proceeded her in death in 2004. Sam was the fourth-generation leader of the Johnson family companies, including the former Johnson Wax. The couples five children are now overseeing the businesses:
• Fisk Johnson serves as chairman and CEO of SC Johnson
• Helen Johnson-Leipold is the chairman and CEO of Johnson Outdoors
• Winnie Johnson-Marquart is the president of the Johnson Family Foundation
• Curt Johnson was the former head of what was JohnsonDiversey until its acquisition by Sealed Air Corp.

In a statement to The Journal Times, the family wrote that Sam and Gene, “had an extraordinary partnership built on their shared love of fun and adventure, and unwavering commitment to family, community” and to “giving back more than we take from the world.”

Part of that giving back included preservation. Sam, an outdoorsman who loved hunting, birdwatching and photography, established a reputation for environmental responsibility.

According to 2004 reports from The Journal Times, it was in 1975 when Sam encountered scientific findings that chlorofluorocarbons were destroying the ozone layer that shields the Earth from harmful ultraviolet rays. As a result, Johnson halted their use in aerosols several years before the U.S. government banned them.

Meanwhile, Gene worked tirelessly to improve her community and promote educational opportunities for children. In 1965, she founded The Prairie School "with the sole purpose of bringing out the best in every child."

Gene — sharing her husband's love of nature — also was instrumental in the development of the River Bend Nature Center wildlife refuge. She often volunteered by introducing children to nature through environmental education and outdoor recreation programs.