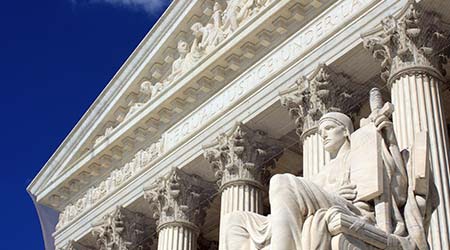 Representing the nation's highest court, Associate Justice Elena Kagan wrote that it's the Supreme Court's opinion that the people who entered the country illegally and are now seeking "green cards" while possessing Temporary Protected Status are prohibited by law to permanently stay in the United States, reports the Associated Press.

Temporary Protected Status, or TPS, is a special classification given to individuals who are enticed to leave the country in which they reside because that nation has become dangerous due to war or natural disaster.

More than 400,000 people from 12 countries are living in the United States with a TPS classification. Those countries include El Salvador, Haiti, Honduras, Myanmar, Nepal, Nicaragua, Somalia, South Sudan, Sudan, Syria, Venezuela and Yemen.

People who overstayed their visas but do have TPS status and did enter the United States legally are not impacted by the court's decision. In fact, those individuals can still attempt to become permanent residents.