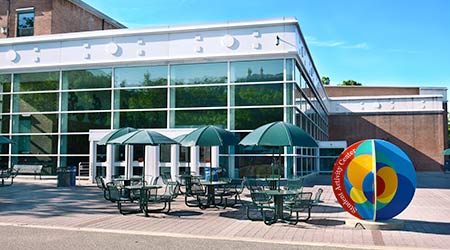 Fifty years ago, Frances Brisbane was invited to interview for a job at Stony Brook University in Long Island, New York. When she arrived, a school custodian took her aside and told her all the ins and outs of the school.

That conversation sparked a lifelong friendship and recently inspired a $1 million pledge from Brisbane to the university — designated to benefit the custodial staff.

According to Newsday reporting, Brisbane, who had served the dean of the School of Social Welfare, retired in 2016 and had pledged the funds to honor her friend, Elsie Owens, a longtime custodial employee who died at age 77 in 2005.

After spending 24 years as dean, Brisbane now serves as the university's vice president for Health Sciences Workforce Diversity. Owens was a longtime Gordon Heights civic activist who successfully lobbied for a healthcare clinic that was later named after her.

As part of the planned gift, Brisbane is establishing a fund for the education of the cleaning and housekeeping staff within the university's Health Sciences Center. Brisbane said she also wants to designate some of her gift to help with the hardships of the cleaning and housekeeping staff — as many of them are from other countries and have trouble returning home during emergencies.