Restrooms Come In Last On Preakness Day At Pimlico 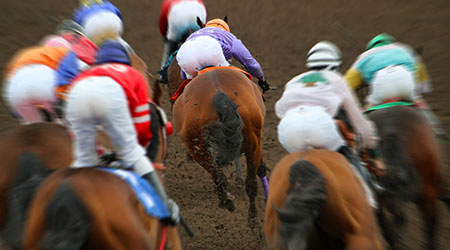 The poor condition of the 149-year-old Pimlico Race Course in Baltimore, Maryland, was highlighted on Preakness Day when it was discovered that some of the restrooms were not working.

According to Washington Post reports, a water main broke in front of the complex just two days before the race. On race day the water pressure was so weak on the fourth floor of the grandstand that those restrooms were closed just before the race.

Tim Ritvo, chief operating officer for racing and gaming for the Stronach Group, which owns Pimlico, blamed the issues on an old infrastructure.

According to an article from The Baltimore Sun, less than five hours after gates opened for the second leg of the American Triple Crown, nearly all women's restrooms at the grandstand were closed because of plumbing issues. Meanwhile, some men's restrooms were described by visitors as suffering from non-flushing and overflowing toilets.

A February 2017 study by the Maryland Stadium Authority said that the track needed $250 million in improvements. A follow-up study in 2018 recommended that the complex be demolished and replaced — a $424 million project.

In April, the track closed the Old Grandstand, after engineers concluded it could not bear the weight of so many spectators.

Restroom closings have been a problem before at the Preakness, according to the Sun. Because of outdated electrical and plumbing systems and other infrastructure issues, some renovations at Pimlico can not be undertaken without triggering the need to bring the entire building up to city codes.