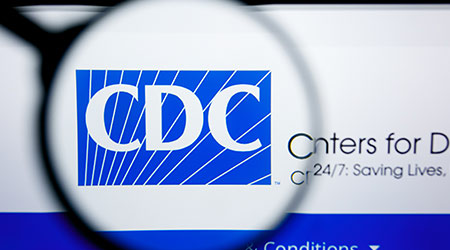 Recent infection prevention efforts have been successful, despite the fact that antibiotic-resistant bacteria and fungi are now causing more than 2.8 million infections and 35,000 deaths in the United States each year, according to an updated report from the Centers for Disease Control and Prevention (CDC).

The findings of the Antibiotic Resistance Threats in the United States report suggest that, on average, someone in the United States gets an antibiotic-resistant infection every 11 seconds and every 15 minutes someone dies. When Clostridioides difficile (C. diff), a bacterium which is not typically resistant but can cause deadly diarrhea and is associated with antibiotic use, is added to these, the U.S. toll of all the threats in the report exceeds 3 million infections and 48,000 deaths.

Using data sources not previously available, the new report shows that there were nearly twice as many annual deaths from antibiotic-resistant infections as CDC originally reported in 2013. Since then, the new report shows prevention efforts have reduced deaths from antibiotic-resistant infections by 18 percent overall and by nearly 30 percent in hospitals. Without continued vigilance, however, this progress may be challenged by the increasing burden of some infections.

In recent years, there have been fewer infections from five of the germs previously listed as “serious.” Infections from the urgent threat “nightmare bacteria,” carbapenem-resistant Enterobacteriaceae (CRE),  have remained stable — a noteworthy accomplishment given how quickly and broadly this deadly germ spread across the United States in the early 2000s.

“The new AR Threats Report shows us that our collective efforts to stop the spread of germs and preventing infections is saving lives,” says Robert R. Redfield, M.D., director of the Centers for Disease Control and Prevention. “The 2013 report propelled the nation toward critical action and investments against antibiotic resistance. Today’s report demonstrates notable progress, yet the threat is still real. Each of us has an important role in combating it. Lives here in the United States and around the world depend on it.”

For more on the report, visit https://www.cdc.gov/DrugResistance/biggest-threats.html.