Recycling Program Canceled Due To Cost 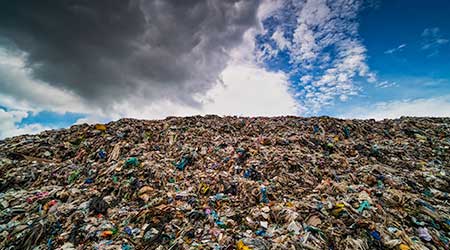 Yet another U.S. city has been forced to shut down its recycling program due to the skyrocketing cost of operation.

The City Of El Dorado, Kansas stopped its recycling runs Wednesday afternoon just so it could gain some financial relief. The city says the cancellations will save more than $50,000 by the end of the year, reports KWCH 12.

One of the main reasons for recycling is, of course, its ability to divert waste from landfills. However, trash piles across the country are being filled back up in favor of bloated budgets.

The New York Times previously reported that many cities, some major, have either flat out given up on their recycling or are trying less than ideal methods. Philadelphia, a city of 1.5 million people, has been burning about half of its recycling in an incinerator with the intention of at least converting that waste into energy. Memphis International Airport has been sending the paper, cans and bottles it collects straight to the landfill.

In 2018 China, long a major collector of recyclables from the United States, came to the conclusion that the recycling being contributed by Americans was mixed in with far too much trash. Some of that recycling was then being taken to backup destinations like India, but they eventually began to place heavy restrictions on what was being submitted.

In the end, this rejection is being taken out on the planet and communities. The City of El Dorado, for example, used to pay $55 a ton to care for recycling. The rate is now $75 and is expected to soon reach $90.