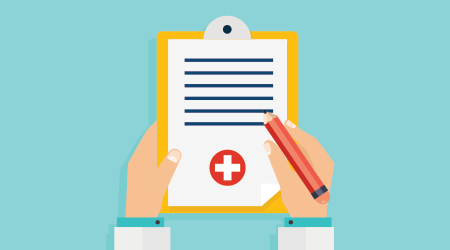 Federal health regulators will have to stop releasing data on hospital infections under a new Trump Administration proposal. According to USA Today reporting, the Centers for Medicare and Medicaid Services' (CMS) proposal is part of a 500-page rule that could stop the public disclosure of such issues as MRSA and accidents and injuries ranging from bedsores to respiratory failure after surgery.

Under the new rule, which would take effect in November, the CMS Hospital Compare website won't show the infections or safety measures.

More than 600,000 hospital patients a year contract an infection and sepsis alone kills about 270,000 people a year, the article said.

Leapfrog Group, a hospital rating organization, has been urging patient safety advocates to contact federal regulators or sign the organization’s letter to CMS protesting the plan. A recent hospital infection report from Leapfrog found the percentage of hospitals reporting to its survey that achieved zero infections is way down since 2015.

Patients who have contracted infections during hospital stays expressed disappointment in the proposed rule, while CMS's chief medial officer claims a commitment to transparency or equality and cost information. USA Today reports that the official "denied that it was proposing to remove the information from Hospital Compare" and "emphasized that the changes are up for public comment."

Currently, if hospitals don't report safety data, they get penalized by losing up to a quarter of the financial incentives available to them. But the change would allow hospitals with high infection rates to stop reporting the data. According to reports, the penalty for not reporting is less than the cost of treating a patient who contracted an infection.