Proposal Could Result In Janitorial Jobs And Improved Recycling Efforts 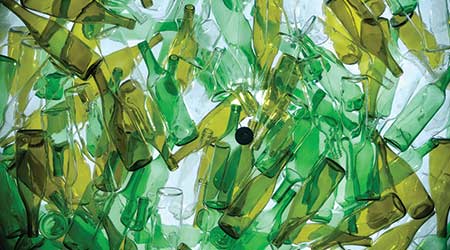 Hundreds of San Francisco’s largest commercial and residential buildings could be hit with daily fines if they fail to recycle properly, but a new proposal by a city supervisor could get them out of those penalties, according to San Francisco Examiner reporting.

Supervisor Ahsha Safai introduced legislation that says buildings could have recycling fines waived if they hire a “zero-waste facilitator,” defined as a person or business that has the experience to sort waste: in other words, janitorial services.

Buildings would have to hire the “zero-waste facilitator” within 45 days and contract the service for at least two years.

The “zero-waste” goal was established in 2003 and recycling became mandatory in San Francisco in 2009. San Francisco is falling behind in its goal to sending no more waste to the landfill by the end of 2020. Sixty percent of the waste currently going to the landfill could otherwise be recycled, the article said.

Under the legislation, the Department of the Environment would visually inspect buildings at least once every two years. If their garbage is not sorted enough — the threshold will be determined by the department if the proposal is approved — they would get a warning notice. If the site remains non-compliant after nine months, they could be hit with fines of up to $1,000 per day.

If the sites remain non-compliant after nine months and do not hire a zero-waste facilitator they would be listed on the department’s website as violators.