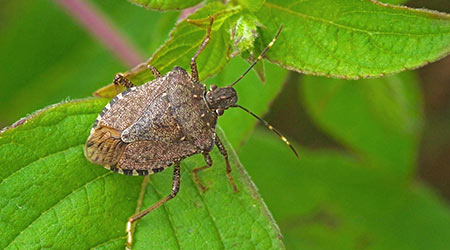 The condition of public schools in Providence, Rhode Island have drawn the ire of the state’s educational commissioner, reports the Providence Journal.

After visiting the district’s schools earlier in August, Angélica Infante-Green says she was disappointed in the lack of cleanliness within the schools, as well as their overall physical condition.

The schools have been found to be dirty despite the fact that the company that cleans the schools, Aramark, said in an Aug. 19 letter that it believed the buildings would be ready to open once the year started.

This time of year always seems to present reports of schools not being ready to open for the year because of their condition. Summer also includes reports of facilities that have fallen victim to bug infestations.

Grasshoppers, and then stink bugs, have made a terribly annoying invasion throughout Las Vegas and surrounding areas throughout this summer.

Stink bugs have been swarming southern Nevada posing an problem for agricultural operations as they destroy crops. But other citizens are being bothered, too, reports KTNV Las Vegas.

Residents throughout Sin City have videotaped the scene as they sweep stink bugs off of their porches.

A stink bug that is just swept away is about the best outcome one could ask for. If the bugs are stepped on or squashed another way they will give off a horrid scent — something that all janitors and facilities managers dread.

The stink bugs outbreak started in late July and was expected at the time to be a deterrent for businesses for a little more time as their mating season was in full swing.