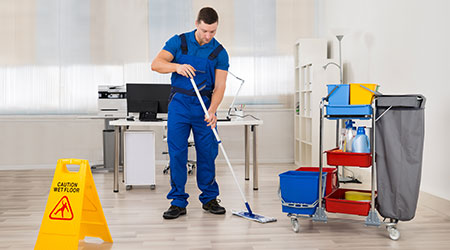 The Montgomery County Council passed the bill last week at the recommendation of a local union representing building service workers. Union members testified in favor of the bill back in June.

The passage of the law, which requires 30 hour work weeks, didn’t come without opposition, reports Bethesda Magazine. A number of business and economic groups have argued that the bill make it more costly to operate commercial buildings and could increase vacancy rates across Montgomery County, a county of 1 million people that is adjacent to Washington, D.C.

In addition to the impact the law could have to commercial building leases and upkeep, some county officials believe the change will lead to others losing their jobs because employers will shrink their staff. The union representing the commercial workers then testified that it had worked on a similar situation in Washington, D.C., and that the people laid off as a result of that change were placed on layoff lists, from which other employers agreed to hire.