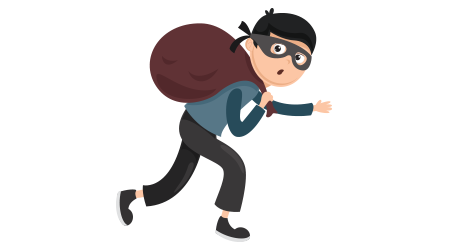 At least one person in a smallish Utah community is so concerned about the lack of toilet paper available on store shelves right now that the thief is stealing the tissue from probably the worst source possible: the police.

The Kaysville Police Department took to its Facebook page to condemn the ongoing theft of toilet paper from its restrooms, reports KSL-TV in Salt Lake City.

An officer told KSL that its mens' restrooms have been devoid of toilet paper lately despite the fact that one of its employees is routinely stocking a supply that shouldn't be running out so fast. The women's restrooms have yet to be hit.

The toilet paper theft coincides with a mass toilet paper shortage in the Salt Lake City area. Things have gotten so bad that a Costco in the city has limited the amount of toilet paper a customer can purchase at a time to three cases.