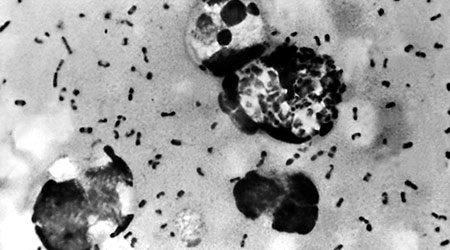 Two people in China have been diagnosed with the disease that caused maybe the most infamous pandemic in human history: the Plague.

Doctors in Beijing diagnosed two patients with the pneumonic plague, reports China’s state-run Xinhua News Agency. The Chinese government specified through one of its websites that the infected individuals were from Inner Mongolia, an autonomous region in north China.

The patients diagnosed with the plague were being treated at a medical facility at the time of the report. It was also reported that China was taking measures to control the disease.

These two confirmed cases of the plague come just a few months after a Mongolian couple died from the plague, which they were reported to have gotten after eating the raw kidney of a marmot.