Pest Of The Year Named 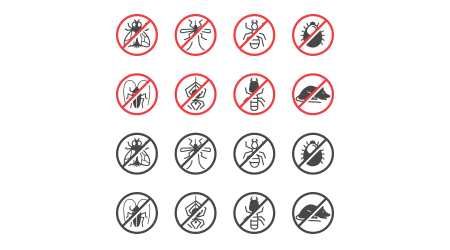 In its second annual Entomologists’ Almanac, Terminix took a look back at the pest trends of 2018. For a second year running, bed bugs were named “Pest of the Year,” having racked up more than 6.7 million online searches nationwide.

The Pest of the Year title was derived from total internet searches over the year. While bed bugs claimed the title again, the list did see some notable shakeups. Opossums overtook scorpions for the number-two spot, and squirrels scuttled their way onto the list for the first time.

“It’s no surprise bed bugs have been named Pest of the Year,” said Matthew Stevenson, president of Terminix Residential. “From identification to eradication, Americans are curious about the pest, and Terminix has continued to see increased reports of bed bugs since the 1990s.”

Also featured within the Almanac are the 18 pest-iest states of 2018, which are determined by analyzing per capita searches about pests. The District of Columbia searched for pests more than any other location, followed by North Carolina and Massachusetts. It wasn’t just the East Coast that had pests top of mind, with states from Washington to Tennessee making the list.

Every state even has its own pest social trends. Based on tweets per capita, Texas chatted more about mosquitoes than any other state, while a raccoon scaling a skyscraper got Minnesotans tweeting most in the nation.

The full Entomologists’ Almanac can be found here.