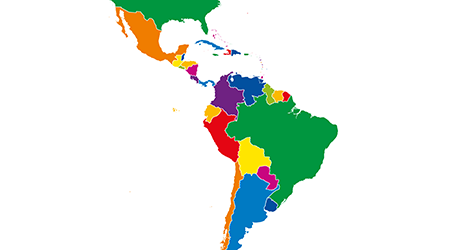 While there has been considerable discussion over the past few months regarding our neighbors to the south, what has been overlooked is the burgeoning and vibrant jan/san industry, now evolving in Central and Latin America. Ron Segura with Segura & Associates, who works with contract cleaners in Latin America, helping them build their businesses, says we can find many examples of this by just taking a look at some of the jan/san trade shows coming up in Latin America.  For example:

• Also, in June, ISSA Expo Limpieza 2019 will be held in Mexico City. This three-day event is expected to attract more than 3,000 attendees.

Further, a February 15, 2019, report conducted by research group MarketWatch, suggests cleaning robots and more innovative cleaning technologies will grow in demand in Latin America over the next 10 years.

As to jan/san manufacturers in the Latin American cleaning industry, many of the biggest names have been marketing products here for years. And many are reporting it to be a significant and growing market. One of the most recent manufacturers to "look south," is Kaivac, developers of the No-Touch and OmniFlex cleaning systems.

"We've been watching the Latin American [cleaning] industry very closely and decided to enter the market in 2018," says Andrew Gamson, who heads up the company's Latin American division. "It’s a big investment in time and resources, but we see the potential and thought it best to jump in now."

Gamson adds that so far, the company's products have been well received, likely because the industry in Latin America is so receptive to more innovative cleaning equipment.

"We cannot say that growth in the Latin American cleaning industry is uniform, happening in all countries at the same time," says Gamson. "However, it is becoming a fact of life in the major capitals and most significant cities."

Segura adds, "I expect this to continue and it may eventually rival the jan/san industry in both North America and Europe. It's happening, and it's happening fast."